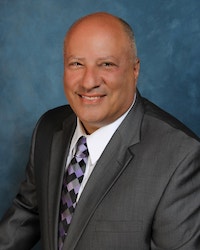 A Chicago native, Mr. Ferris graduated from the Northern Illinois College of Law, earning his J.D. in 1985. He has served in the U.S. Army Judge Advocate General's Corps (JAG) as a prosecutor.

With over 30 years experience in personal injury law, Mr. Ferris is not afraid to take a case to trial and fight for his client's rights. He thrives on helping clients who have been treated unfairly by the insurance companies with unreasonable settlement offers.

In 2015 and 2017, Mr. Ferris won his second and third cases in the Illinois Supreme Court. These cases established law effecting every Illinois lawyer. No other private attorney in Illinois has a better record than 3-0 in the Supreme Court. Mr. Ferris will fight your case as long as it takes to get justice.